IMPORTANCE OF ECLECTIC APPROACH IN EDUCATION


INTRODUCTION
Philosophy of education can refer to either the academic field of applied philosophy or to any of educational philosophies that promote a specific type or vision of education, and/or which examine the definition, goals and meaning of education. Education and philosophy are closely inter-related. If philosophy is love of knowledge then education is acquisition of knowledge. For a long time education was regarded as a disciplinary process and learning by attempt was important for student. After that child-centered education laid an emphasis on presenting education according to the child’s interest. Today these two contradictory forms come to a compromise. Interest has been admitted as the fundamental truth for attraction of the child, and once interest is created; even attempt would not be uninteresting to him. But neither is complete in itself; hence, co-ordination between two is necessary. The study of educational philosophy helps an educationalist to critically evaluate his own practices and make necessary changes in his practice. Philosophy has the potential for provoking revolutionary changes, revises and rejects some of our beliefs, develops analytical and logical skills and reasoning. Educational philosophy clarifies concept and analyses propositions, beliefs and theories of education. A philosophy vision is essential to understand the new trends in the educational systems especially the contemporary educational movements.
please consider subscribing our video channel

MEANING OF ECLECTICISM
Eclecticism has been derived from the verb root “elect”. To elect means to choose and pick up. The good ideas, concept and principles from various schools of thought have been chosen, picked up and blended together to make a complete philosophy. Thus eclecticism is a philosophy of choice. Eclecticism is nothing but fusion of knowledge from all sources. It is a peculiar type of educational philosophy which combines all good ideas and principles from various philosophies. Eclecticism is a conceptual approach that does not hold rigidly to a single paradigm or set of assumptions, but instead draws upon multiple theories, styles, or ideas to gain complementary insights into a subject, or applies different theories in particular cases. It can sometimes seem inelegant or lacking in simplicity, and eclectics are sometimes criticized for lack of consistency in their thinking. It is, however, common in many fields of study. 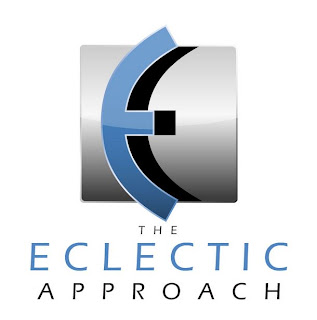 NEED OF ECLECTIC PHILOSOPHY IN EDUCATION